Thankfully, Huddle isnt going to take off completely during the offseason, which means I dont have to end my addiction cold turkey as I prepare for 2015. That is a very good thing. What I didnt expect was that they were going to continue to bring the heat, including the release of some major cards. Here is a quick breakdown. 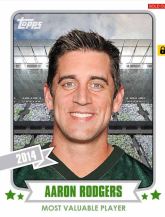 Let me start by saying that a set commemorating the award winners for the NFL has been greatly desired each year that Huddle has existed. A lot of people were chasing this set, as everyone wants to have the cards celebrating the best of the best. Honors was a great way to do that, and the cards look AWESOME.

I love when Huddle uses retro designs, and this series spoke to me. First off, they were impossible pulls, which only made me want the set more than I already did. To give you an idea of how hard these were to pull, I spent close to 2 million coins and only pulled one. Secondly, because they were the award winners, this was the first weekly series I had to lock and keep locked after the payout. Unlocking any of them gets me trade offers immediately from blind traders who want the set. I dont think that has happened before.

We also got the first card of Aaron Donald, the Defensive Rookie of the Year, which seems a bit odd. You would think there would be more cards of a guy who played like he did in 2014, but this is it. Other than Donald, this series represents the top names in Huddle, with Murray, Watt and Beckham Jr all being featured. There are a lot of team collectors out there who will stop at nothing to pick up their guys.

When the set paid out, I knew it was going to be low. To see Rodgers come in at 10 copies was insane. It reminded me of the rarity of the draft picks set in 2013, which was similarly tough to pull. They are some of the only cards from last year that trade at almost full value.

My compliments to the team on the look of the set, and though they were hard to get, it remains one of my favorites of the year.

Man do I love the look of these cards. To see the progression between last year’s All Huddle series and this year’s all huddle series is incredible. The design border is really cool, looking almost Star Trek like in its presentation. The pic with the stadium behind it is always something I will love.

I am a bit sad that there werent more of these to commemorate all of the top point scorers and pro-bowlers in Huddle this year, but the set was hard enough to collect as it was. I am also a bit disappointed that there were all playoff guys in the set, as this should have been a time to start branching out from the same guys we have been dealing with over the last few months. Im sorry, but Darrelle Revis did not need another card.

Regardless of the player choice, the set is pretty awesome, especially because it featured some unsung heroes of the 2014 season. Each of the main positions on the field got a card, including the offensive line and special teams, which was cool to see. I think JJ Watt probably deserved to be in the set more than Suh as teh defensive lineman, but that’s just me. Based on that logic, Revis was far from the best corner in the NFL this year, and I think Pouncey was further down the list for Centers. According to Pro Football Focus, Chris Harris was the best CB this year, and im sure that guys like Brent Grimes might also deserve consideration. Same thing can be said for players like Travis Frederick for Centers.

Either way, pretty cool idea and really nice execution on the set. 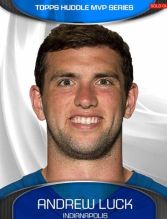 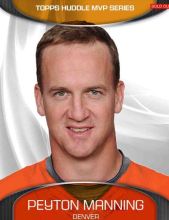 I really like the idea of this set, and I like it better than the Five Star cards from last year. Most teams dont have 5 players worth putting on a card, and celebrating the Team MVP is a cooler concept. The design is really clean and looks sleek, which drew me to the set in the first place. Making these easier pulls will make it more inclusive for everyone to try for the large set, and that is a win.

My only nitpicky complaint was posting a card count for the cards, even though there was no way these would ever reach 10k in one day. There is no reason to say the pulls are limited if there is no way the cards would reach that point.

Player choice has been solid as well, as this is kind of like the Editor’s Choice card for each team. Guys like Murray and Manning are no brainers, and its nice that the team collectors got their due.

Im still worried that they are going to come out with one last card that breaks from the odds of 1:10 and comes in at like 1:300 or something like that. Hopefully that doesnt happen. 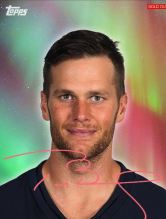 Im not a fan of these cards. However, the reason I am not a fan has nothing to do with their rarity. That’s not the issue. The issue I have is that they look incomplete. It is a sig with the player on a background, and the normal sig template is not applied. Although this might be on purpose, its something that I really think is a detriment to the set.

If you are going to offer a packed out 1/1 signature, the only of its type to ever be in packs, I would say its a better idea to make it as good as it can be instead of just putting the head shot on top of a stock photo and slapping a sig on it.

There are surely more inserts to come, and ill check in periodically with my take. Keep checking back for more information as the offseason goes on!