If you read StarWars.com regularly – and I hope you do, you probably saw this article already. It basically explains that for all licensed retailers of Star Wars gear, September 4th is the day where new toys and other goods will be released. It is basically a signal for every toy collector out there to get ready to rumble, but it might have some impact on SWCT as well. I believe that Episode VII will be SWCT’s Super Bowl, and 9/4 could be the kickoff.

The movie will be prominently featured, as we already saw that Force Awakens even has its own slot on the card sheet for the preview that launched with the game. I would guess there will be many friends that will join those cards at the top of your sheet, and I would venture to guess that it will be amazing. 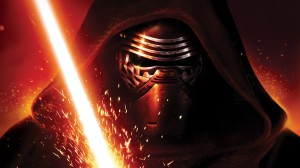 If I were running the app, I would use 9/4 as a date to start running and try to get off to a good pace right from the get go. With Star Wars marketing launching this early, there will have to be a lot of content that is delivered for the movie. Considering that production stills and publicity photos/concept art is likely the only available source material, the art team will have to go into overdrive in making the cards. They will need to work some magic in what might only be a few available pieces of usable images. Knowing Lucasfilms, however, they could have more available pictures than ever before, thus giving us even more of an opportunity to get awesome content.

I would also assume that over the course of September through release, Marathon cards could take on some of these images. They might not want to blow their cache on a bunch of sets (as much as I want them to), but they could definitely use FA subjects for Connections, GM, Bounty and Topps Choice. Im all for this, especially when so much of those sets have migrated to cartoon subjects in recent weeks.

Additionally, more base cards could be on the way, although that might not be until closer to the release. It would be amazing to see all the FA cards packaged together in one big monster pack, but that isnt the way things work.

When all is said and done and the middle of December rolls around, we might all be sick of FA in SWCT. For right now, though, I am beyond excited.