Why Bunt Prospect Cards Are a BIG Deal

Yesterday, Bunt released a new series of card that I found to be one of the more intriguing releases of the offseason. Not because they look cool (which they do), or because they feature interesting players (which they also do). Its because they are the first card in any app to have the distinction of scoring points beyond 2016. You might think this is insignificant, but it isnt at all. This is something that could be big, if played correctly, and I hope we get some more instances of the team playing around with the concept more as we progress through the new season. 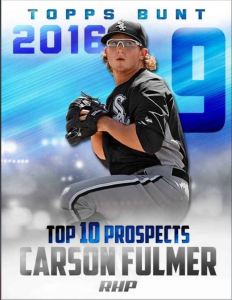 In just about every case, once a season ends, so does the point scoring ability for that year’s cards. It happens in Bunt, it happens in Huddle, and I assume it happens in Kick. Not only is this something that can be necessary, but it is also a way to ensure that people continue to buy the cards pertaining to the new season instead of resting on a giant collection of cards from the previous year.

It it necessary because many of the games release high boosted card through the season, and to have those score at the beginning of the following year is an unfair advantage to people who have come on board during the days leading up to opening day. Bottom line, you cant start the season with 25 gold cards of every player from the previous year and still expect the game to be competitive for newer people.

Why This Idea is Big

Obviously, letting every card score beyond the current season would be awesome for all us veterans who have stocked collections. Trust me, I know that. However, in an environment like we have, I also understand that we need to color within the lines.

I think that allowing cards to score past the end of the year is a way to build value where there may not be as much to begin with – especially for rare cards or expensive cards that people want. This should be a luxury type add on, and I fully support its exploration more as we get out of just prospect cards. VIP program cards are a great incentive as it is, but think about the impact it would have if those cards were available for more than just the current season? Pretty nice perk to reward spenders right?

Similarly, physical crossover cards like the new Titans set should also be granted this type of designation, if not only because they are so hard to acquire. They also should be used as incentive for physical collectors to come to Bunt and stay there, or as bait to have digital collectors dive into the physical product. Adding a multi year designation makes that more alluring.

In the end, it might be a way to keep cards at the forefront of people’s consciousness once the year is over. So often the gems of previous years are lost without a “trophy case” to display the best of the best for all to see. It used to be that we could leave 9 cards in our starting lineups for everyone to appreciate, but now that is gone. If a card isnt on the current year’s sheet, its filtered out 9/10 times so no user even cares to look. With multi year cards, older diamonds can get the estate presentation they deserve.

Dealing With Changes in the App

One of the other reasons why multi year cards can be difficult, is because the app changes year over year. Bunt 2016 will likely almost be a different game than Bunt 2014, and could even be very different from 2015. Its crazy how many changes have occurred, many for the better.

This means that a card that has extreme value today might not have the same value in the future. Although that isnt a huge concern, its something that may have more impact than one would expect. So much of Bunt collecting is based on prospective value “profit” and with a desire to stay relevant, the issues could present a problem in trade-ability of the subjects.

Personally, I love when new things like this are rolled out, as it keep things fresh. As we get closer to the new build launching at the end of March or beginning of April, im sure we are due for an education.