Looking at My Favorite Cards and Sets of 2015 Huddle

This was a banner year for Huddle. NFL licensed for the first time, we really got to see the team stretch their legs. Not only did they incorporate some great sets from the physical side, but they created some of their own that definitely need recognition. Here are my favorite sets that are only available on the app.

Yes, yes, I know Adrian Peterson is my favorite player. That doesnt take away from this incredible design. The stadium, the picture placement, the signatures. These cards were the best sigs in the app this year hands down.

I might be a monster for saying this, but I almost like this design better than the design that physical came up with for 2015 Topps on the physical side. I think that these are some of the most coveted cards in the game, and part of the reason is because they are so cool.

There was no more super premium set available than Icons was this year. Each card was extremely costly to obtain, either through the 500k pack or the $99.99 direct purchase sig. Regardless of price, the cards lived up to what you were paying for, and remain some of the most attractive cards in any of the Topps Digital Apps. The multi exposure type approach with a gallery style full bleed presentation was just incredible to see. 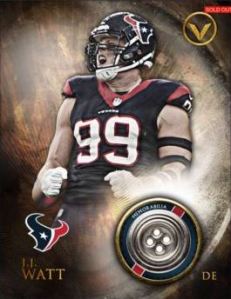 Relics in digital were a new concept this year, and I think that for the most point they were a welcome addition. The Watt Valor relic from thanksgiving was of a different sort, and really showcased everything that the player and the card had to offer. It featured a digital representation of a snap from his helmet, but the primal pose made the card that much better. 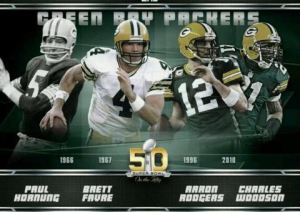 Like Icons, this was quite the difficult set to get, but man was it worth every pack rip. Huddle has a stable of Legends and a handful of active players who have won their fair share of super bowls, and these multi-player cards were stunning in every single way. Not only do they celebrate the best moment of every one of the teams with the best players, but they are dynamic in the way they look.

Playoff Contest Signatures and Base Cards

Adding these cards to the contest rewards for finishing high during the playoffs was a huge reason why so many people played along. They looked awesome, they retained value, and they featured the best players in the game. Even after elimination, the cards still traded higher than just about every other sig in the game. Says something about what people thought about these examples.

If last year’s offseason is anything like this year, we are in for more fun releases as the Summer progresses. Just because Huddle is over, doesnt mean coverage on this site will stop. Only 7 more months until football right?