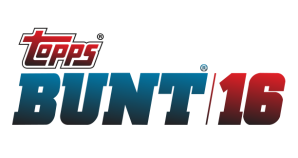 Now that the update is live, there are a lot of questions that now have answers. One of the main questions I had was about the changes that were coming to scoring, and how it might impact the trade economy. After reviewing the new matrix of points, I think I have a good understanding of what is going to go down when contests eventually start.

Over the last few years, Bunt has been a pitcher dominated scoring system. Because of the way the scoring was set up, it was much easier to put in pitchers and leave them in your lineup while hitters went unplayed. With “plays” limiting the amount of times a lineup change could be made in 2014, it was hard to justify using valuable resources to play someone who 70% of the time was going to be getting negative points.

In 2015, plays went away, and scoring lag made it much, much easier to play your favorite hitter. Although pitchers were still better for a “set it and forget it” type of contest, hitters found more of a spot because there was little penalty for taking people out of the lineup and momentarily switching them back in.

In my interviews with Topps Mike, he consistently referred to the new importance of situational gameplay within each contest. They want us to watch intently, and see the potential outcomes to any number of scenarios within the game.
Before I get into the merits of this new focus, all of it will depend on the scoring lag. If the lag remains long, none of this will make any difference for the people who have MLB.TV or follow every game on the scoreboard.

For the uninformed about scoring lag, Bunt has an API that funnels all sorts of stats into the app. These stats are processed and then applied to the cards in the game. If the card is in a user’s lineup, they get the points. Otherwise, it just accumulates on the card itself. In 2015, there were times where the period between the end of the scoring play and the entry of those stats in the app was enormous.

This lag allowed for users to prime their lineups to accumulate maximum points without risk of any negative accumulation. Basically, if someone hit a home run, users had plenty of time to switch in the cards before scoring hit the app. If that guy struck out instead, he could be taken out of the lineup quickly enough to prevent negative points from impacting the total score for the contest.

As you can see, situational baseball is insanely fun when there is risk, but lag takes that risk out of it.

Right now, there are two types of players who will benefit the most from the new scoring system, and one type of player who will be devalued even further than before. Even with lag, strikeout dominant pitchers will be a big draw for people. The Felix Hernandez and Clayton Kershaws of the world will continue to be sought after, maybe even more so than before. As shown in the table, they are now going to get a base point addition of 25 points per K, instead of the 15 last year.

The other group is speedy base stealers, who get a huge boost on successful steals. Although this isn’t going to happen per player more than 60 or so times a season, having a cache can get you HUGE points this year. More than a Triple!
As for devalued, high WHIP and low K/9 pitchers are even more worthless than before. Giving up hits, especially of the extra base variety, just got a whole lot more problematic, and that means they are that much more of a risk. I would make sure to play these guys in very short spurts, and keep an eye on their stats very carefully.

Overall, hitters are going to get a boost this year from better points for positive outcomes, as well as less of an impact from outs at the plate. It used to be that every out a hitter commits at the plate would be a negative total of 15 points on their card. That means 270 negative points you are playing 9 golds. If it’s a strikeout, its even more. Same with GIDP. Although some of that risk still exists, its not as big in 2015.

If you are looking to determine a plan for stocking your lineup, it shouldn’t be all that much different than before. Low WHIP, high K pitchers should be at the top of the list. Then guys like Correa and Trout who hit for average and power. Guys like Dee Gordon and Jose Altuve should start to enter into your consideration, as they are good at steals, but also are high average, high OBP hitters. This means they will be on more, and will have more opportunities to get you points.

The innings eaters with low ERA that used to be such a huge draw are now severely limited by how prone they are to giving up XBH, especially Home Runs. At a huge negative clip, home runs can literally ruin a pitcher’s night, and yours as well.

Here are my prototypical players to pick up:

There is no guarantee that these guys are going to continue to produce like they did last year, but the stats are what you should be looking for this year. Stats in baseball are known to fluctuate rapidly, and this year will be no different. Someone is going to have a break out year in the best BUNT categories, and picking them up early will be your saving grace for the contests.

Look at trends as frequently as you can, and keep an eye on having those players available in your deck in as high a boost as possible is really important. Remember, you will need multiples, so it is in your best interest to stock up as much as you can. In the beginning, having at least 9 whites of high scoring players could mean you end up with a huge advantage. Don’t poo poo the low boost cards, as it will be a frequent occurrence that you will play against people who don’t have what you have.

Having 9 whites is much more important than two teals at this point, so keep that in mind.

To close this out, dont forget that we are less than a few weeks into the new season. Dont overvalue cards just because you only have one, especially if you are getting great stuff in return. Try to think ahead, not just for now.