Pros and Cons of the New Bunt Ticket System

If you are looking to get going on the Bunt marathons this year, there is a new piece to the puzzle that has a lot of people talking this morning. We knew that changes were coming to the app with the new update, and this is one that kind of took us all by surprise. There are some major pros and cons to the situation, and I want to take some time to go through my thoughts. 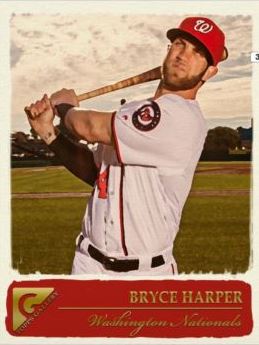 Its also worth mentioning that the tickets are not a tradeable item, which means that you have to pull the cards to get a shot at the awards.

Obviously this promotes a few unique situations, and Im not sure people fully understand that this is a bit more to the picture than just tickets and cards.

The Case FOR the Ticket System

I get why people are reacting the way they are. Its a change and changes are always tough to digest. However, there are reasons why this is a very good thing. First, you dont have to pull every insert to get a shot at the award cards. If you decide halfway through that you want to start ripping packs for the individual cards, you are not out of the running for the award. This can also be a negative thing, which I will get to, but it works both ways.

Secondly, there is a potential that you can get 2 awards for collecting all 10 tickets for each leg. With a 50/50 shot each time, 25% of the people can shred 10 tickets on the non-guaranteed pack and end up with 2 of the awards. If its a valuable player, you have a 75% shot of getting at least 1 award, and only a 25% shot of getting none. Not bad.

There is also reason to save your tickets for a different award if you dont like the one that was chosen for each leg. First wave awards tend to be the highest count, as more people will be on board with the set from the beginning. The wave 2 and wave 3 awards are usually lower because of the people who stop collecting partway through. If the award isnt what you want, save for one you do want! Of course, there is no guarantee you will like the next one either, but you never know.

The Case AGAINST the Ticket System

I think the main issue that people are going to have is that you have to buy packs to get the award. You cant sit back, collect all the cards through buying on eBay or trading and still get the benefit any longer. Any time the app forces people to buy packs to reap the benefits of a program, the situation is not going to be popular. Although its OBVIOUS why this type of decision is made, its not going to be something that people publicly support.

It also curbs the eBay market on cards that cant stand on their own. A card that might have been worth 10-15 bucks in the past, now is worth less because the award cannot be obtained just by owning the card. We already see the Harper gallery lower than it should be, which shouldnt be surprising. With eBay sales garnering a lot of scam traffic, and many upset users, im not surprised that the team is trying to find ways around the system. Similarly, when eBay is allowing people to buy cards for cheaper than it is to pull them from packs, that is also an issue. I would not be shocked if there were more things Topps does eventually to keep sales from happening outside the app store.

Tickets also make the award open to people who didnt collect or pull all the cards from the set. Basically, if someone gets lucky on 5 of the cards, they have a shot at the award, if they so choose to try. This could lead to inflated award counts, even with the 50/50 odds on the award in the card exchange. The higher the count, the lower the value of the award.

Bottom line, there will always be a struggle between the app devising ways to keep users on their toes and keep spending, while the users resist any additional need to buy. We all need to come to terms with the fact that Topps is a business, and that most decisions are made to ensure that revenue continues to grow. There are a few wins as described above, and that doesnt always happen when changes are made.

Right now, we dont know anything about the chases that are going to take place over the course of 2016. We know about one set and one set only. Although the Gallery set is a great looking example of the new designs, it is only one card. We should see the launch of another marathon today, and it will be interesting to see how tickets will be structured.

I would advise against freaking out until the entire slate is revealed, and that might not be for a few days into next week. Huddle launched marathons 2 and 3 weeks into the season, so its possible we could see a lot more action as Bunt gets older. With Gallery, despite being a cool set, its not a main marathon like Sigs, Limited and Relics. There is no guarantee that the ticket setup will be identical for each of the set. We could easily see that more or less tickets could be required for other sets, or even that the tickets are tradeable for sets like sigs and the like.

Right now, everything is a guess, so hang tight. Overreaction wont get you any closer to achieving your Bunt Nirvana, and its best to calm down and wait.