Breaking Down the Best of the Topps Digital Thanksgiving Weekend

Over the last few days, and likely continuing tomorrow, the Topps Apps have delivered more content than we usually get in a few weeks. For apps like Huddle, this is usually among the biggest events of the year, so its not uncommon to see them really break out the big guns. For other apps like Star Wars, they are approaching a fork in the app crossroads with the release of the first ever non-trilogy movie. Everyone was on high alert, and I think the content was definitely worth the wait. 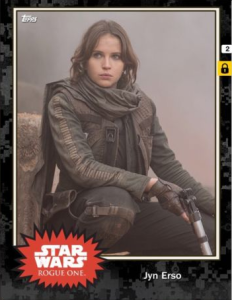 Being that Base series 4 just got going, they continue the tradition of offering special base variants, similar to what they have done in previous years. They also came through with a quad signature, which was offered for completing the set that was released on Friday. Honestly, I wasnt expecting much out of Star Wars because they havent ever really gone nuts over the holidays, but this was a fun chase. 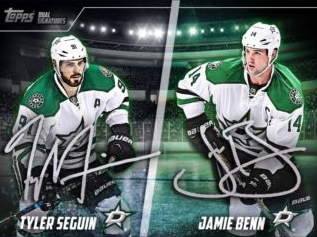 Much like Huddle, Skate was looking to make a splash and did some really cool cards and deals that I found myself trying to chase. Not only did they release another dual signature of the Dallas Stars top guys, but the Blackout marathon was really well done in a way like we had seen in previous years with Bunt. Im quite sad there wasnt another marathon offered in any of the other apps, as the hour by hour chase was something that kept me going last year while my wife was shopping for shoes and purses. 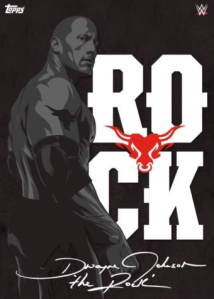 In addition to a themed Thanksgiving set, they offered the first signature cards for the Rock, who has become America’s top paid actor. Its kind of crazy to think how far he has come, and the signature design for these two cards was absolutely awesome. They also started a new set with Splash, that might be one of the better looking insert sets I have seen in the app. Again, as Slam is a newer app, they did the right things to take advantage of a growing following.

As always, the holidays are a big deal for Bunt, and they did a really good job keeping us on the hook for the entire weekend. Allen & Ginter Black was released in 6 waves, with some great award cards, and due to the size of the set, they should be pretty rare. We also got a new legend die cut set, which looked really cool, and was the first die cut I have seen in a really long time. The gem of the week was the annoucement of the low number Limited set, which looks to be planned as a weekly release counting down from 15 to 1. I love this idea, and with a similar release in Huddle, its cool to see they arent depriving the community of their favorite low numbered players.

As mentioned above, Thanksgiving in football is as big of an event as the Super Bowl in a lot of ways. They really went completely nuts on packing the weekend so full of new cards that I probably spent more money than I have ever spent in any of the apps at one time. They literally pulled out all the stops and generated constant content for the entire scope of the weekend. Like the other apps, there was a thanksgiving set that looked as good as ever, and a Black Friday set to match. That was only the beginning, as a ticket system was introduced to deliver special content that wasnt available through packs. Tickets were given out for picking games correctly, completing sets, and buying bundles, and there were some awesome cards to work towards, including the first Legend sigs of Payton, Favre and Brown. 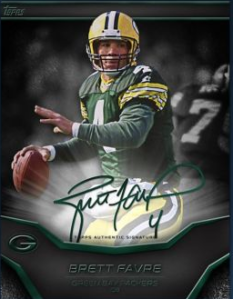 They also didnt skimp on the sets, as Inception, Turkey Red and Allen & Ginter both made their digital only debut for 2016 in Football. As I have talked about a number of times, Topps is no longer making physical NFL cards, and these sets were designed specifically for the app. 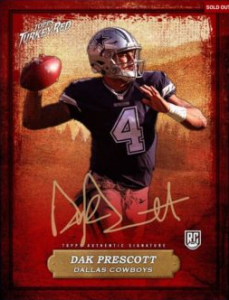 Huddle also put out special dual signatures for the teams playing on Thanksgiving, including a Deion Sanders / Deion Sanders dual for his time on both the Redskins and the Cowboys. I absolutely love the dual sig design in Huddle this year, and these cards were some true gems with a current player paired with a legend. 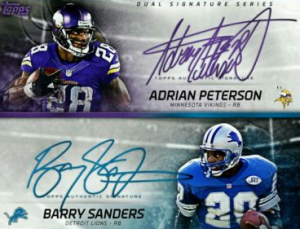 In terms of contest, they really went to the extreme by delivering a full slate of contest cards, contest sigs, GO Boosts, and a set of season long boosts that corresponded with the games played on Thursday. Functionality for the new build and contests isnt as great as I would like, but the contests were still really fun.

Things That I Really Liked

Overall, I loved how much free content was delivered on the apps. Although there were a lot of direct purchase and heavy spending involved with the really limited cards, there were a lot of opportunity to get a taste for free. Huddle offered free tickets at least four times, which would provide access to almost all the cards in the exchange. Bunt offered free insert packs. Star Wars offered free packs and free cards. Everyone had an opportunity to get something.

I also loved the mix between easy sets and super premium releases throughout all the different brands. If you werent a big spender, there was going to be a set you could chase through minimal ripping and some trading, and if you were a big spender, there was definitely a lot to chase. This balance had been missing in a lot of ways, and I thought they did some good work. I also saw that Huddle wasnt as much direct purchase as it had been in the past, as just about every set had coin packs for people to burn through all those extra coins that were saved up.

Design as a whole across all titles was a highlight, as usual. Its clear that Topps has a lot of great digital artists at their disposal and have not been shy about making sure the apps were stacked with great looking cards all around.

Bottom line, there needs to be more communication all around. I saw a lot of releases and quite a few questions, but not enough information in some cases to plan out approaches for the weekend. I think they could have gotten more people involved if the communication had improved, as its clear that our heads were spinning in a lot of different ways. I saw some mistakes and some typos get some really negative reactions from the community, and for such a big event, these types of things need to be planned out much more on point.

I also think the cost to participate in some of the premium sets across the apps was overstated, and the paywalls seemed unnecessary on sets when there were so many coins floating around. If you were a spender, you were spending, it wasnt needed to ask even more when a good portion of the spending population was in overdrive.

As we approach Cyber Monday, which Topps has embraced in the past, I think there are a lot of fun things still to come. Stay tuned for more coverage.