Even though I havent posted a lot here lately, this is literally one of my favorite weekends of the year for digital cards. Not only are there offers across all the apps, but Huddle literally goes nuts. Rightfully so, as the country has basically made Thanksgiving a football holiday, and as a rabid fan, I am definitely thankful for that.

This will end up one of the most insane couple of days in the app outside of the Super Bowl, so get ready to rock. 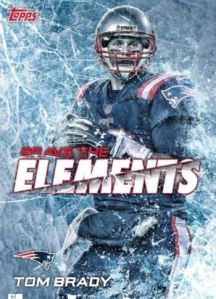 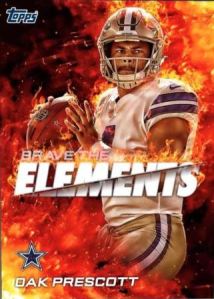 Here is where the day gets really interesting with a new type of card. Not a new set, but literally a new type of card. For a long time, the best animated card we had was anything parallax, and most Android users never got to see what that was all about. With Topps Focus, we have seen video cards in the apps, but nothing like what we are going to get with the new Motion type cards.

Basically, these are animated cards with special effects, but should be something that can be visible without hitting “play” on the card. That is not only freaking awesome, but they have used a fan favorite vehicle in Brave the Elements to bring it to life. I absolutely love it.

Verdict: Showstopper of the day 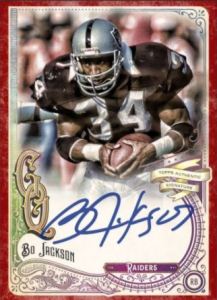 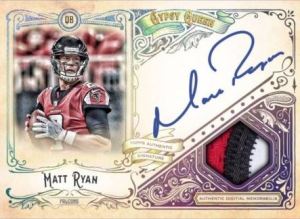 This is the kind of set I have been waiting for all year. Filled with super limited content, in a huge checklist, with no waved type structure in the release. Get it all and get it now, and oh yeah, it has a great design to boot.

For super premium collectors like myself, we are tired of paying huge cost for a pack and ending up with a 1:100 shot at one of two limited cards. This is much differently structured, and still not all the way to what it could be, but we are making a lot of progress here.

The signature relics are amazing looking, as they were in Baseball, which are complemented by a great parallel structure that includes some very valuable cards if Bunt is any indication.

Verdict: This is what the app has been missing all year 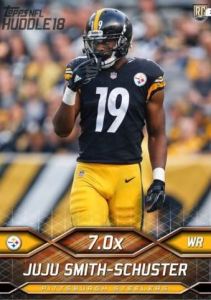 This is another yearly tradition and a godsend for many game players who arent going to drop coins on premium diamond packs. This might be the first real boosts available in coin packs, and hopefully people took advantage of the opportunity.

At 7x, I would guess many of us will still play these types of boosts into the playoffs, and that means these types of cards should be chased for all contest players. 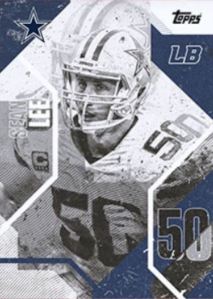 This set looks great, and is made by Tyson Beck who does all the Fire sets and Arcade from previous years. I absolutely love the design of this set, and as a cheap win for F2P players who want cool sets to chase today, this one is definitely a good one. Lots of players on the checklist without a lot of cards, including ones that are part of today’s games.

Verdict: Great looking set that works for all types of Huddle players 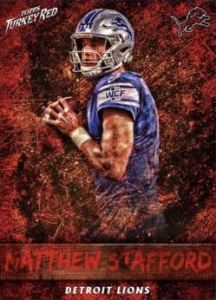 More of the Huddle Thanksgiving tradition, and another year that I think this set might be one of the better chases for the entire holiday. Big checklist, nice award card, and of course, cheap packs that F2P players can afford if they have saved up a good chunk of coinage. I think that for a physical baseball set that has transitioned over to the digital side, this is a really nice way of reworking the old favorites. This was originally a retro set, so its kind of odd to move it to more modern looks, but the design is nice enough for that to work. 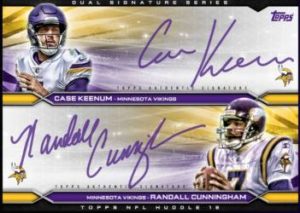 We will get a batch of these for each of the three games, and each will feature a current player alongside a legend for that team. Being a Vikings fan, seeing Keenum and Cunningham on the card together is actually one of the more interesting and well thought out pairings I have seen in the app to date. Read the story of both QBs, and it will be more clear why its so intriguing.

Verdict: Continuation of the normal set with nice legend touch to it 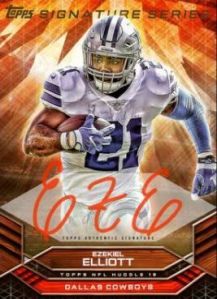 Ah yes, the one set that always makes my day. This one is no different, and if I had to guess, these cards were built a while ago. Not only are there players that are out for the year, but clearly featuring some players that just arent having great years. It is still cool to see these cards every year, as they have become a tradition. They look awesome and the higher boosts help. Wish they had low count variants, but that hasnt happened in the past either.

Verdict: Keeping the tradition alive in a great way

I really like the addition of the letters this year, as this is a type of card that really hasnt been explored all that much in digital, despite being EVERYWHERE in physical. The rest was just the standard hunt format, chase down letters for a set to get the reward. This isnt my thing normally, but with the new type of card in relic format, I was in for a few packs.

Verdict: Never been a fan of this format but the letters make it fresh

Overall, this is honestly just the beginning, as Black Friday and Cyber Monday will keep this party going. Its going to be interesting to see how this all plays out as the sets come into focus, especially if Inception is on the radar. We need some nice low count cards, as I find myself chasing ghosts in a lot of ways with tired third waves of previous sets, instead of dropping bombs like with Gypsy today. Cant wait to see what Huddle has on tap.