Posted on February 2, 2015 by SCUncensored

Last night was so bittersweet. Amazing game, amazing day of Huddle releases, and now, nothing more until later in the year. That’s a long time to wait, and I am so sad that the football season is over.

That being said, last night was as impressive as Katy Perry riding a fauxbot Lion through the Halftime show. If you remember back to halftime last year, Huddle released the Russell Wilson gold foil card, which immediately became one of the biggest releases of the year. 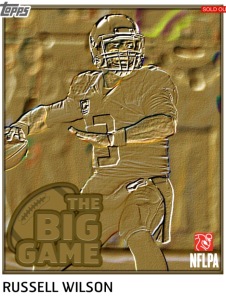 Seeing what they were able to do this year puts that to shame. Forget gold foil, give me the big guns (Katy Perry pun implied)! 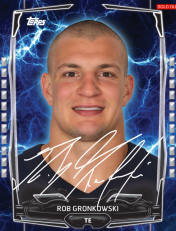 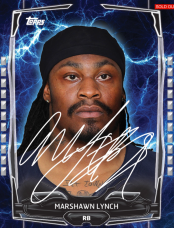 When I saw these cards, my first reaction was, “oh this night is going to be good.” The idea of putting pictures in the background of the card vs a color has evolved, and it culminated last night with some of the coolest boosts of the year. Previously, I thought the Fire Boosts were the coolest, but these are pretty much some of the best of the bunch. Easy. Adding in a 35x boost is a BIG deal to have for Lynch and Gronk, both of whom scored some major points last night. 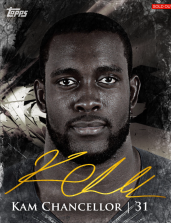 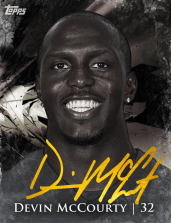 To this day, I wish we had gotten more of the Inception cards before the transition to headshots, as they were the coolest AS cards that were built. These are much cooler, which is saying a lot. These look like movie posters with the filters added to the cards, and the gold signatures pop like never before. Easily the best NON-boost of the year. Not even a competition. These are insanely cool. Making the focus on defense was a nice touch, as I think the checklist was great minus Malcom Smith. 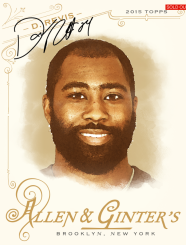 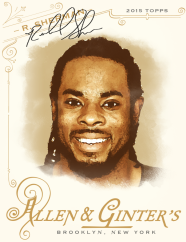 These were the weakest cards of the night, but that is saying that a Mercedes is crap to a Bentley. Its still nice to have a Mercedes, and the parallax effect on these cards is awesome. I think there is only so much you can do with sigs and headshots, but this is a really cool way to bring back a set that everyone loves in both Bunt and Huddle. 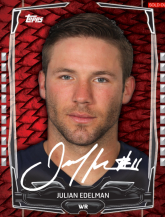 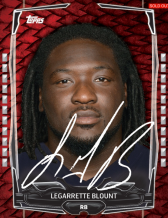 I love this set. Love it. Just a great use of the picture theme, and the red scales just look menacing on this design. Picking Blount and Edelman were perfect, as they definitely play on this level every down. Having a 40x Boost with it was huge, especially as Edelman caught the late TD. Great looking cards. 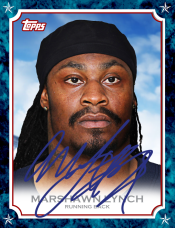 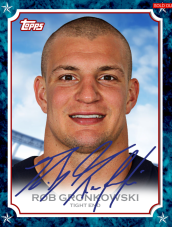 I figured out we were likely working up to the big boys with a 50x boost at around halftime, and I was pumped when these cards hit the sheet. The parallax effect looks awesome against the Sky Background, and I was really happy to have the Lynch as he was about to score from the 1 yard line…..well I digress. These cards were a great end to the game, but we werent done yet. 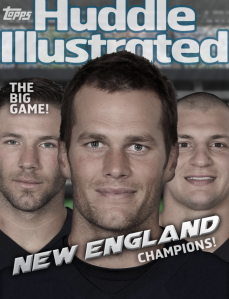 If you guys werent aware that Huddle got its own designer around mid year, it should have been evident in the upgrades we saw around the app during that time. TOPPSALFRED is the man responsible for all the design work under the direction of Topps Digital’s Art Director Neil Kleid, and this release is just too perfect. Seeing what he did to make this card with what he had available? The man deserves a standing ovation. Not only is it a clever way to commemorate the title in a way that is nostalgic to everyone, but he did a GREAT job with the look. Bravo sir. 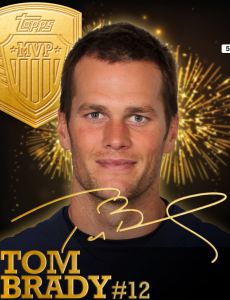 I didnt think the Patriots were going to win, but we all know what eventually happened. Brady set a whole slew of records, including being the first QB in history to throw 50 passes and WIN the big one. Four TDs and over 300 yards gets him the nod, even though Edelman was likely as deserving. Glad it was Tom Terrific, as his sig will be exponentially more valuable. This is the best looking sig of the year, and its only fitting that we get it on the biggest night in Huddle history.

Well guys, that’s it! I cant believe how far we have come. Look at the gold foil Russell Wilson card from last year, and compare it to this year. Look at the evolution of Huddle’s releases. Its unfathomable to think that they were able to accomplish all this with head shots. Another round of applause is necessary for this MVP performance all year.

I will continue to have more Huddle and Bunt content daily during the offseason, so dont think this site will stop just because the season is over. Keep checking back for more!

1 Response to Gridiron Unwrapped: Huddle’s Biggest Day of the Year