The launch is here, and we are now through the first “official” day of releases, including some really fun items to hit the sheet. As we progress through today and the rest of the week, its clear that many of the surprises will be made more clear.

Yesterday was the big day, and boy did Topps break out the biggest guns on day one. As we saw last year, Bunt Spokesperson, Mike Trout, was the initial subject for the signature series, to much fanfare. New for 2015 is the release of a new variant sig, that uses team colors instead of the usual blue, something I really liked in Huddle when it was done there.

I blew through the rest of my coins pretty quickly and ended up dumping another big amount into the packs, most of which did not return many new base cards that would be of use. Because the packs did not include Blue or Gold cards in the odds, I pretty much filled out my entire green and white set.

Although it was disappointing that the upper level base werent in the packs as I was opening, I somewhat reconsidered after I was done. Because these packs would be ripped mercilessly until the card is sold out, keeping blue and gold base out of the pack will preserve value. To me, this isnt a bad thing.

I ended up pulling a Trout base sig after a LOT of packs, but I would guess it will likely be one of the most difficult to pull all year long if 2014 was any indication.

Its no secret that the requirement to buy coins before the good packs are accessed isnt a popular change to Bunt. It was introduced from the get go on Star Wars card trader as mentioned yesterday, and I believe it has led to a much more interesting trade economy. For a game like Star Wars, which is all collection based, its interesting that it has worked as well as it has.

Here is the thing, Bunt hasnt experimented with this structure before, and people who dont want to invest in the app will not take this well – at first. After a few weeks, I would guess this will be one of the lesser points that people have to complain about. Its unfair to make a judgement on the viability of this new format after one day. Things will change and evolve, and Bunt has already started soliciting user feedback to adjust the different elements of the game that are not facilitating as well as expected.

Most importantly, unlike last year, the top base cards are still commanding huge value on the trade market. For Blues and Golds, its almost impossible to chase down the best players without giving up a ransom, and I dont think that is a bad thing. Having value in base cards is a foreign concept in a lot of ways, and to have top tier players trade like top inserts, is a great change in my opinion.

It will impact gameplay for free players, no doubt, but as I have said so many times on this site, Bunt is a business. They have employees, licensing costs, and fees, all of which costs quite a bit of money. Free players are not the focus, much like Restaurants dont cater to people that sit at their tables and order water.

That being said, I think there needs to be a method to converting free players to pay to play users, and I guarantee that will be a focus as well. The significant changes to the leaderboard and contest structure should provide incentive to keep growing collections, expecially as new formats are released as the season progresses.

I read somewhere that they are planning a blitz of releases leading up to opening day, and that we have only seen the tip of the iceberg so far. I really like the designs so far, as I think the work the Bunt team did on improving the cards this year has been very worthwhile.

The Fresh Faces insert set looks to be based on the cards from the Huddle Honors series, which were retro in their own right, and the Five Tool Stars definitely look damn sleek. The anniversary series is back for another year, and I think that the Berra card will definitely be sought after. 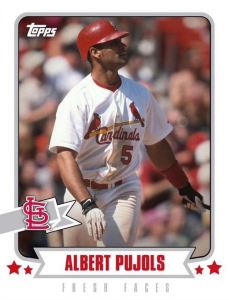 There will be a ton of inserts released over the next few days, so do not spend your coins unless you are desperate to pick up the card. If you just want to have a blast over the launch, dive in, because it will be fast and furious.

I LOVE the bulletin system. Not only do they deliver messages and rewards, but also notifications when new cards and packs are available. I cant even begin to say how awesome this is. No longer do you have to sit there and continue to refresh the articles. Bulletin takes care of it.

So far, Topps has already mentioned a number of adjustments that are going to be made, including some to the sorting of the card sheet, and others to the playable cards that were supposed to be changed over when the app updated. I would guess many more on the way, but it may be until the next update.

Overall, I have been very happy with the game so far, as there are a lot of really fun new aspects that I cannot wait to see.