Huddle Playoff Push: Setting Yourself Up For Success

Its the most wonderful time of the year!

The playoffs are coming, and with that, some of the best times to be had in Huddle all year long. Not only will there be a ton of new cards coming down the pike, but they will be some of the most valuable examples of some types that will hit the app period.

Because of the way Huddle used boosts last year, I can understand where people would be cautiously approaching the coming weeks and months, but I think its clear that things are very different in structure this time around.

The playoffs will bring every last user out of the woodwork, and I absolutely love the level of competition that will inevitably occur as the season comes to a close. Here are some thoughts on getting yourself right before the brawls begin!

Right now, there are a handful of teams that have already claimed a playoff spot. More will be claiming their spot come next week. Teams like Arizona, New England, Denver and Carolina should be at the top of your list to acquire in spades.

I will also advise to focus on the players that arent the QBs, especially ones that arent on the boost checklist. A 3.2x boosted QB will not be as valuable as Gold receivers and RBs from the top teams, and that is where you can score points that no one else will be scoring.

Of course, running QBs that score multiple ways are valuable, but it all has to do with the frequency of their points that go to players without cards available. Now that we have hit series 4, there arent many guys left without cards, and playoff series cards will go even further in depth to pick up guys that were missed. QBs just dont have the same type of point value, and you can check out previous articles to find out why.

Huddle ramps up everything for the post season, even more so than Bunt in a lot of ways. Now that they are fully licensed, look to every last corner of the app to see where the cards are going to be coming from. There will be sigs, special sets, boosts, and my favorite new addition – legends.

Some of the cards will be easier to obtain than others, but I have to believe that they are going to correct a lot of the card count issues that have plagued the app to date. These arent going to be 1000 count inserts anymore, and I cant wait for the chase. 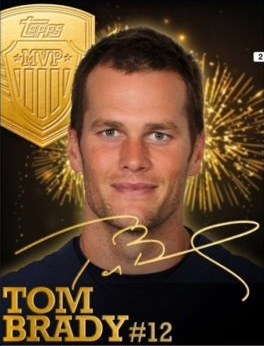 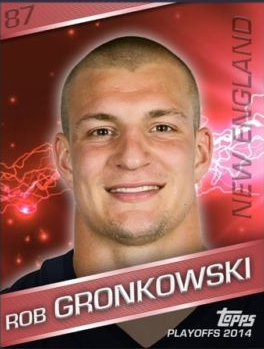 As for the actual playoff series of cards, which last year was my favorite of the year, things are less obvious the way they are going to go. They could go the direction of Bunt, and offer readily available highly boosted cards to get you to the finish line. They could also go the direction of last year and make the cards more limited. Either way, I expect at least a group of skill players per team that will be highly coveted.

When the games actually get going, there will likely be big game boosts for each and every match up, with increasing boost levels each round. Last year we were already at 9x cards by the time the playoffs came along, and for 2015, we arent even in the same zip code. When you also see that boost card counts are usually below 50 in the higher levels, its not the same requirement to own either.

I think we should see more in the vein of Bunt’s approach than anything. Dont expect 48x boosts like last year in the Super Bowl, at least I hope we wont get to that point.

Going into the rare releases, I have to believe the 1/1 program will continue to be a huge part of the app. I also believe that other low count limited and legend inserts will also be coming out in droves, as the revenue generated in chasing these cards is high for both Topps and the users that pull the chase cards.

With the holidays coming up, it should be very interesting to see how things change, as Huddle clearly catered to a certain crowd during thanksgiving weekend. I expect this to be the case during Christmas, but I would make a habit of buying in only for the cards you can see being of service as the game continues through the end of the playoffs.

Last year’s Huddle Bowl was a complete disaster thanks to a situation where players conspired to fix the championship round. Because of the way things ended in 2014, I hope they go more towards a playoff leaderboard instead. It serves to keep people engaged through the whole thing, and prevents a scenario like we saw prior.

Although the Huddle Bowl may return, a big playoff program would be so much more fun in my opinion. As we saw in Bunt, people can hone in on performing like nothing we have ever seen, and it creates a sense of competition that doesnt exist with only 64 users getting the chance to compete.

Hopefully, some of the kinds of prizes that were available during the post season challenge in Bunt will make their way to Huddle, although im good playing for special cards as well.

All I have to say is get ready to rumble, because the train is barreling down the tracks and you can either hop aboard or get run over. The party on the train should be pretty damn amazing, which means that preparing early should get you a better seat.

Buckle up and have a great time!