If you werent around last year for the draft, you missed out. Huddle literally went nuts with amazing content, including releasing cards live as the picks were announced. The content continued through the offseason, delivering cards that are still valuable today. As big as that was in 2015, I expect 2016 to be bigger. Not only is this the first draft with Huddle as an NFL licensed app, but it comes just days after a huge deal was announced regarding the long term partnership. 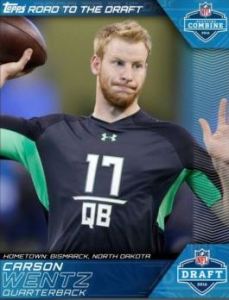 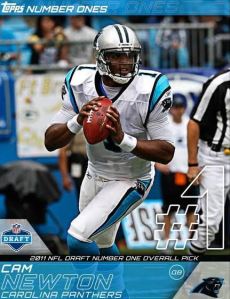 With Huddle now owning the last bastion of Topps Football, a scenario like this is what digital was made for. Not having to print and process the cards means the potential for a very quick turnaround, and its clear that creating the first cards of players with their new teams could mean a lot of buzz around the releases.

Being that I am a person who spends every waking moment reading mock drafts and studying potential outcomes, it shouldnt be hard to imagine how much I have been waiting for this day to come. Huddle has already released some pretty incredible stuff in their “Road to the Draft” program, including 13 1/1s of top picks, and I dont expect it to stop today. I would make sure to be near your device tonight, as this is shaping up to be the biggest event of the offseason, period.

In the announcement made this past week, we actually got a clue of what might be coming during the next few days. We can expect new cards of the draft picks in the app within a day of the draft, which they used in the text of the article. Being that this was done last year too, on a different level, it should be easy to figure out how they are going to be used. The question is whether or not they will use photos from the combine and pro days, or live pictures from the draft. Hopefully we get a good mix of both.

I would also guess we are going to see some major retrospective sets as well, chronicling some of the major moments from drafts of years passed. Being that Huddle now has free reign to go even crazier than they did last year, this should be an exercise in a way that we have only seen for other events like Super Bowl 50.

With my love for the draft itself taking center stage, I could not be more excited. This really signals the beginning of the new year, and a fresh start for every team. It also unlocks a bunch of new subjects for Huddle to use in upcoming sets, which will be fun to collect as we progress towards camp and the beginning of the season.

Get ready folks, this is going to be a fun ride.