Quidd Explodes on the Scene – DCC Sits Down With the Founders

For a long time, the digital arena was a bit of a final frontier for a lot of people. Over the last few years we have seen companies flock to the marketplace with the hopes of taming the mass crowd that now sees digital cards as a fun past time to play alongside flying birds and striped candy. With some very strategic licenses available for purchase in these still early stages, its clear that this type of game is about to blow up.

Entertainment card apps have really taken center stage, and Quidd is the latest app that is really taking this to the next level. They are also the first to offer multiple channels on their platform, including the first ever Star Trek licensed examples available. As a huge nerd, this is my jam, and I was immediately hooked. 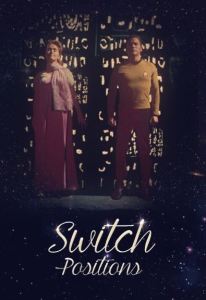 Mirroring the new content, it just so happens that the app’s functionality is unparalleled, with a focus on live user to user interactions, community messaging, and never before seen “serially numbered” digital card editions. As someone who collects physical trading cards, which thrives on this sort of experience, I couldnt resist diving in head first.

If you are interested in checking out the goods, the app is available for iOS now. Here is a link to get more information and download Quidd for yourself.

Luckily, I was able to chat with the co-founders of the app ­Michael Bramlage and Erich Wood, and ask them some questions on what sets Quidd apart from its competitors.

Digital Card Central: What were your main goals in building the app?

Michael Bramlage: The main goal is to really focus on the experience.

By that, we mean the experience of connecting people with the things they love. We think it’s bigger than collecting. It’s about owning a unique piece of something that is meaningful to you, and whether it is sports or entertainment, a sticker, a card, or something else, the act of owning that thing you love shouldn’t be trivial. So many apps focus on connecting us t

o other people, which is great. But we really want to focus on connecting us to our favorite stuff. It’s sort of like saying, “who cares if I love this movie and want to dress up in cosplay, I’m having fun.” When we formed the company a lot of folks we spoke with thought it was really silly. “That sounds like a fun business” was what they would say, which was sort of a euphemism for this is trivial or unimportant. But that only hardened us to make the most amazing product we could that shined a light on, that celebrated, and that treated with respect these relationships we have with our favorite stuff. To achieve that, we really had to walk away from what we were doing, wipe the slate entirely clean, and to stare at an empty whiteboard for about a month to get it right. And I think we’re on our way to doing that.

Erich Wood:  I agree. I’d also add that it’s about using the stuff we love to craft our identity. On most social networks, people express themselves with a stream of photos and short blurbs. We want to let people express themselves and define their identities by the things they love. Like a Star Trek shirt or a room full of Funko figures, your stuff in Quidd defines who you are and brings you together with others who feel the same.

DCC: What do you feel sets Quidd apart from the other digital card collecting apps out there?

MB: I don’t know if Quidd is a digital card collecting app. We hope, with all startup rhetoric aside, that it is something much bigger than that. We have a roadmap in our heads that will take at least half a decade to design, implement, optimize, and get right. And where that is in 3 or 5 years is a very, very different place from where we and these other apps are today.

But with a gun to my head, I’d say that at the topmost layer of the experience, we are different in our focus on having fun. I honestly think we’d endure making less money if it meant people had less fun in the app. Some apps focus on treating these objects like art. Some focus on gamification. We focus on: are people loving the experience, are they making friends, are they going deeper down the rabbit hole on their favorite content, and are they owning a unique piece of the stuff they love?

The second layer down, it has to be functionality, or translating fun into real, tangible things to do in the app. Take our obsession with real-time. We live in a world of Slack and real-time chats and live streaming video and the other collecting apps out there feel and work like email.

EW: Absolutely it’s about real-time. Also, it’s about the math behind the scenes. Pouches and packs list exactly which stickers or cards are potentially in them with precise odds displayed. Every sticker or card in Quidd is limited edition and individually serialized.

DCC: It seems as though some of the missing elements from other digital platforms are present in Quidd – live chat, in app cross trading, serially numbered cards – what was your method for developing direct responses in the app?

MB: I know I personally envisioned going to card shows in the ‘80s and tried to recreate that experience, but available on your device 24/7. It was really as simple as saying, when I was a kid I traded in real-time with my friends at re

cess. It all happened right then, and I had to make snap decisions. Why should trading or even communicating be slower than in real-life? If anything, this experience of collecting and owning the things you love digitally should be 10x better than in the physical world. This is why you’ll see things like real-time inventory tracking, real-time pack counters, and other bits of collecting information sprinkled throughout. It’s like taking the experience of physical collecting and ownership and enhancing significantly using all this live data that exists because it is digital.

DCC: What was one thing in Quidd that you felt was essential to make perfect for the sake of the app’s success?

MB: Trust. Individual serial numbers are truly individualized and unique. The limit on production on items stops exactly where the app says it will stop. Odds on packs are automatically calculated and cannot be fat-fingered. What you see is what you get because we’ve developed a firewall to protect against human error. There is still a lot more to do, but trust with the people that use the app is paramount.

EW: Agreed. Under the hood it’s all about the programmatic handling of the data, like print counts, editions, odds, etc.

DCC: What is one thing in Quidd you feel still needs some work, and what are you looking to do to fix that?

MB: I mean everything. We are not satisfied with really anything in the app. But back to the point of our main goals, this is related. It is meaningful to us that the experience never stops evolving. Everything must get reinvested into making the platform even better every year, quarter, month, week, and day. This isn’t about endlessly reskinning something. This is about making the guts of the thing better…constantly.

EW: So much. We are trying to start slow so we have time to get things right. The app itself needs plenty of work on bug fixes, enhancements, and new features (some of which are from user feedback). If I had to pick one, I would say collection browsing needs work. We’re working on more options and cleaner ways to find and arrange your stuff in the app.

DCC: What is the main reason that someone should download and spend time in Quidd?

Outside of that, because it’s early. This isn’t even the first inning, and those in the app today will benefit greatly from being around now. Speaking of baseball, it reminds me of a situation involving the second baseman for the Kansas City Royals in 2013. But that’s all I’ll say about that.

EW: If you are familiar with digital collecting, much of Quidd will already make sense to you. But we would like to see more casual people using the app to connect with the things they love and with other likeminded people. Love or hate a particular set, debate over specifics, taunt fans of competing channels. As we grow, we would like to see the experience become more and more social.

DCC: Talk about your relationship with Star Trek, the channel I feel is your biggest potential as a universe with an absolutely enormous fan base. Was this meant to be your staple license?

EW: Star Trek is a big fish for sure, and a good anchor for upcoming channels. We are super happy to have CBS on board.

MB: We love Star Trek. Fun fact – Woody worked on probably the very first set of digital trading cards — called CyberAction cards — that featured the Star Trek license and were distributed on rectangular-shaped CD-ROMs. This was the late 1990s. They should be selling on eBay for way more than they do now! But no, we love Star Trek. We have always been fans.

DCC: Give us a peek into the future, anything you are seeing coming down the road that is game changing? (Teasers would be great here)

MB: Tune in to find out. It might not be next month or even end of this year, but you’ll want to check out Quidd, get familiar with it, build up your collections (and your friends and allegiances) for when the really good stuff starts happening.

DCC: Without answering “everyone,” who is your ideal user for Quidd?

EW: People who are super fans of things and define themselves by those things. Think Comic Con.

MB: Totally agree. Anyone who is incredibly passionate about their favorite things. We joke on our web site to the effect – what would negatively impact you more, if your aunt died or your favorite book were never written. If you love your favorite book that much that you had to pause, even just a second, before answering “my aunt!” then you’re made for Quidd.

DCC: Any closing thoughts? Something that I didn’t cover that you want to offer to the fans?

EW:  We hope that people are enjoying Quidd in these early days. We have a long way to go and we want to get there in a controlled way. User feedback is very important to us, especially “constructive” (bad) feedback that helps us improve the experience.

MB: And without too much pandering, we absolutely love what you are doing with this blog. For reasons we didn’t get into, we were in on this phenomenon on the ground floor. It’s always fun to chat with the early adopters, with the veterans, with those in the know.

DCC: Really appreciate you all taking the time to dive so deep into the app.

More information to come, set your RSS feeds to “follow” and ill have more coverage as the app continues to grow. 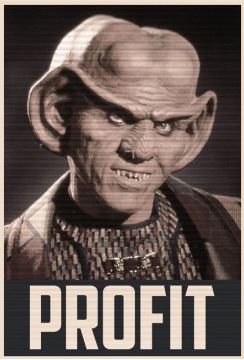