How Will Rogue One Play Into SWCT?

Posted on September 19, 2016 by SCUncensored

With a steady diet of Star Wars movies coming over the next few years, the first non-trilogy movie will be released in December. Its an interesting prospect for SWCT, if not only because it breeds more content related material for them to use. Because it isnt a specific movie related to the sequel trilogy, im still mulling over its impact on the app. 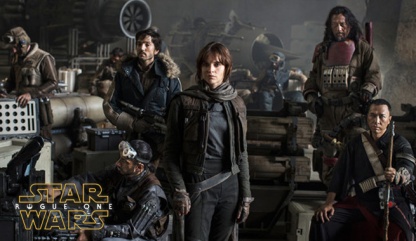 The reason I am mulling it over mostly has to do with two things, one being the quality of the film itself. We got a lot of reports over the summer about how reshoots were needed for so much of the film, something that can foreshadow issue swith the script or the cohesiveness of the final product. Although most movies have a reshoot schedule, this one seemed like it was a lot more than the normal slate.

If the movie ends up being bad, or even just mediocre, could that mean that SWCT will feel the impact of underperforming content derived from a movie that didnt really live up to expectations?

The second piece of this has to do with the content itself, as there were some complaints that the FA content from Episode VII was just too cookie cutter. Although there were some AWESOME sets, publicity stills only go so far in building out new cards. We really didnt see relevant action content from the movie until a few months ago.

I have been talking with a number of users lately, and the prevailing question is whether or not Topps would be able to reclaim even part of the success with Rogue One that they had with FA, as its clear that the release of the first sequel trilogy movie will be on a different level than a non-trilogy story.

A similar question is whether or not the lost crowd from the days of SWCT past are gone for good, or if a new movie with compelling content to could bring some of them back. Its clear that sales strategy has clearly backfired in a lot of different ways, especially with such a huge focus of putting stuff on sale. If a great Rogue One strategy was put into place, would the app get some of that traffic to come back? Questionable.

Here is the thing. Rogue One has a strong female lead. We know how the male dominated app community responds to female characters. Its possible that the new base of characters will give a lift to the app that has been brewing for a while, and hopefully that means some new fun is on the way. Hell, if they can replicate the success of Force Friday again, all bets are off. A new Premiere set might go a long way to doing that.

Overall, strategy is the name of the game, and creating a positive user experience is almost MORE important than ever before. The new movie cant be looked at with $$$$ signs in their eyes. It has to be seen as way to bring the community back to a shell of its former self. I remain optimistic that this is still possible. Only time will tell.

1 Response to How Will Rogue One Play Into SWCT?