Posted on December 6, 2016 by SCUncensored

Over the last few months, we have seen a shift in the way Topps digital uses boxes, some as a welcome change, others as a bit of a point for frustration. As a whole, I was a big fan of the box format, especially in Bunt, where cards per box were sometimes in the hundreds. Now that the format seems to be adjusted in Bunt, Huddle and Star Wars, with other apps like WWE giving up seemingly 100%, Im curious if the format still makes sense.

Why Boxes are Awesome

To start, as a collector of physical cards, I have been accustomed to the format for most of my life. Breaking boxes is not only fun, but is a way that most physical collectors participate in the hobby. In digital, where we saw a lot of sister products created to match their physical counterparts, the natural desire to break the boxes is a no doubter. 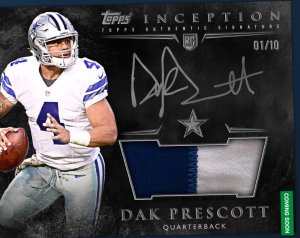 Additionally, there was usually readily available access to rare and great looking cards, with a huge opportunity to pull them without ripping through 10,000 packs. Even though the cost was something that needed to be considered up front, some of my best pulls in any app have come from these boxes.

Creating themes has worked exceptionally well on Huddle, with Legend Boxes and Draft Boxes being among my favorite releases ever in the app’s history. If you are willing to spend the money, it gave unprecedented access to 1/1 cards among other rare sigs and boosts. 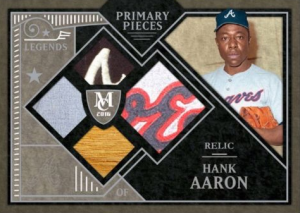 This also gives the app a chance to highlight some players that maybe dont get the insert treatment as much, as many of the physical checklists were 300 and 400 players deep. It was quite impressive to see, and as much fun to open.

At first, the functionality was a bit clunky to say the least. Glitches were everywhere, and it caused more problems than the format was worth in a lot of ways. Once the issues were fixed, it wasnt as much of a problem, but it was definitely something that has enough impact to hurt the economy in a significant way.

Similarly, with so many rare cards in every box, the novelty of having a 10 count sig or insert wasnt as high. Most traders put box cards into their own category to say that they werent worth as much as some of the other pack pulled goods. This goes back to a few of my previous articles talking about user revolt against super premium direct purchase, and that has a lot to do with this I think.

Additionally, if you look at Huddle as the best example, the box cards clog the top of the card sheet, where most users want their best wares to be showcased. Because there is no “showcase” to put your best stuff, it can cause a lot of issue.

The cost of participation is also insanely high, with most boxes in the highest echelon of pricing for any release in the app. Although you are guaranteed nice return for some of the releases, others have left users with a terrible taste in their mouth – especially for the glitches that have happened.

Suggestions for the Future

First off, releasing the boxes in waves is really hard to stomach. Although it is done to get more purchases out of us, the wave approach creates a ton of bad reactions, especially in trying to trade to complete sets. One of the main reasons that the boxes dont retain value is because of some of these things, and creating a feeding frenzy is definitely where its at.

Make sure there is super premium, low numbered content to accompany the high price to participate. This is not the opportunity to release unlimited card count cards. All of the main box hits should be limited, and it should be like that so users can find value in the ways in which we buy in. Without limited cards, the point of buying in (especially buying in multiple times) is gone.

Separate box cards into a special section. Make sure its easy to search for and easy to find on the sheet. Trading is what makes most of these boxes fun, and throwing them in the mix with everything else is annoying.

Keep boxes big, even if it means that they dont happen as often. Its a terrible waste of time if there are only 40 cards in a set. This is something that limits buying potential, and limits the collectability of the release. Larger sets mean lower count awards and more fun to open.

Make the rewards worth while. When you collect a big set, the reward should be just as big. If the player selected for the reward is a mid tier guy, the whole thing is devalued significantly. Give the perks to the people who spent the time.

As a whole, I am still a fan of boxes and want them to continue to be a part of the apps. At the same time, I want there to be much more of a focus on execution and finding ways to be innovative.