Its been almost 2 years, but we have something new today that a lot of users have been waiting for a long time to see in SWCT. The release of the Holoscreen marathon signals the first Parallax card in the app, and the first Parallax card in a long time for any Topps Digital App. I really think this is an underused technology when so many users have iPhones, and Im glad to see it make its debut. 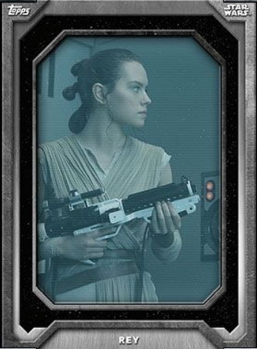 This isnt the first time Parallax has been rumored for release, as a mine of the back end code for the app revealed a potential Parallax version of the Kylo Ren Episode VII preview cards as something that never really made its debut.

I am curious to see if this is used more often going forward, outside of the 15 cards that will be available in this chase. I reached out to Topps and they werent ready to share plans just yet, but I can assume this isnt the last time we will see the effect in use.

The usage of Parallax highlights even more of a need for a user showcase in the app, something I have been campaigning for over the last few years. As it stands, this marathon will be buried and underappreciated, especially with as many cards that are released every day. Users need a way to show off their favorite cards, and right now, that doesnt exist.

So far, I think this is one of the better rounds of Marathon chases in a while, even though Im still not 100% sold that marathons are the best way to go.

1 Response to Parallax Arrives in SWCT