Huddle Tip of the Day – Value of Game Only Boosts

I am a fan of the Thursday Throwdown idea, as I have called for the 1 day league formats for a while in Bunt since April. I think it adds a level of competition that we are all looking to engage in, and it makes sense to offer that on the Monday and Thursday games each week. Now that Huddle is also releasing Game Only boost cards that have an added power up just for that one game, I have paid close attention to what the cards are worth on gameday and after. 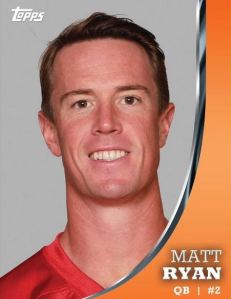 When the Throwdown first started, everyone went nuts over the cards because a 10x boost has potential to change the game based on one night. I was not a fan, as I thought it was way too powerful. Huddle listened and brought the boosts down to 5x and 3x, which works a lot better.

On the day of the game these cards can trade VERY well, especially among people who are in the running to win the whole thing. I have seen the boosts go for sigs on the better players, and multiple black boosts and purples as well. These are valuable cards that are meant to give an edge, and people will pay for that.

In the last few Throwdowns, the cards havent been as much of a draw, as the packs costing 7500 coins is still not as attractive as opening a Boost pack for 5k and getting a card that is boosted all year. We have seen that about 100 or so of each card gets pulled, which not only makes them rare, but also more valuable.

After the game is over, there are two factors that will dictate the value after the fact. These two elements can be very subjective, but I have seen it work in really odd ways in terms of trade value.

The first factor is how many cards the player has in the game. If the player has no other cards, a 2x scoring expired game boost can be a very important add to one’s collection. Basically, its a very good idea to chase players like this, because those cards could give a leg up in the normal points chase. Because there are usually less than 150 of every card, that is not many to go around, which allows the expired boosts to trade on a level of a rarer insert. Not bad. Expect to give up some nice cards to get one.

The second factor is the overall rarity – which can easily dictate trade value as always. There are some of the game boosts that are below 75 in circulation, and for better players, there are collectors who will want the cards. If they are rare, they are going to have some major value in that respect. Either way, many of the users who have a lot of these cards arent going to give them up just because. I have even seen collectors who want nothing BUT these cards. That creates demand, and with demand comes a market.

Overall, these cards are an interesting twist to the game this year, and as the season moves on, I am sure we are going to see a lot of interesting things come through. In Bunt, they released cards with a Parallax 3D effect, so I have to imagine we are going to get something similar here.