SWCT Force Tip of the Day: The Power and Value of Demand

A few days ago, a set was released that many people have been waiting for, especially for the female collectors of the game. The demographics of the app are still likely dominated by males, but there are a lot of female users who are active. The “Women of Star Wars” set was released in the afternoon and sold out in less than 3 hours. With the volume of insert sets lately, that really doesnt happen anymore. 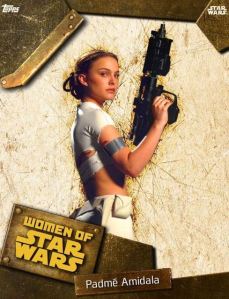 There was  a huge demand to commemorate the female characters from the movies and cartoons, mainly because of how skewed the checklist has been to the male dominated space opera. It should also go without saying that Princes Leia, Padme Amidala, Ashoka Tano, etc are incredibly popular among both sexes, and have demand regardless of a set of this nature. The question is, how does this impact the value of the set, knowing that if you arent in the app at the time of release, you wont get the cards?

For clarity’s purpose, here is what drives app demand in my opinion:

Lets use Prism as a second example, because like WOSW, it sold out very quickly each time the cards came out. As a set that not only looked awesome, but featured top characters, it was clearly a favorite. The value of Prism remained high through the set’s release and the trade economy was fierce. Demand created huge value in the cards, even though there were many of the cards to go around. It wasnt like they were super limited.

It also happens that WOSW was also released when very few set packs were available. Thanks to the recent release of packs that had all inserts available, many of the older sets were cleaned out considerably. When a collecting app gets bored, any glimmer of a cool set will drive huge demand.

Either way, its very clear that the orchestrated release and pack structure of WOSW should be considered a huge success, and maybe this sort of approach be used after the eventual push that Force Awakens will likely get on or after Force Friday 9/4/15. Creating a huge demand has to be a major focus to ensure that users stay engaged, especially when we see that the recent sets of Icons, Posters of the Rebellion, and the like, have fallen relatively flat with the fan base.

Going to be interesting how things play out over the next few weeks for sure.