With certain releases in the game, the value can be high because of the cool factor, the player or even the rarity of the card. Sometimes one of the categories can overpower low performances in the other categories, like a 1000 count sig being more valuable than a 1000 count 60th anniversary weekly chase card. It can work both ways too, as we are seeing with the first batch of International Series inserts released a few weeks ago. 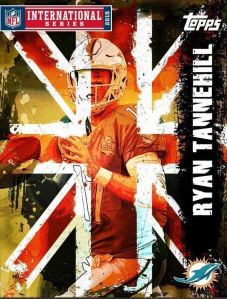 First, its worth mentioning that the circumstances of these inserts contributed more to the disaster of their release than anything. Basically, “production delays” prevented the cards from being released on time with the game. By the time the cards hit the sheet, we were already well over the novelty of the matchup overseas.

Secondly, the packout format was ill conceived, as the price of the pack was so cost prohibitive that no one bought it, save a few high rollers with nothing better to spend their coins on. Obviously, these were NOT meant to be chase inserts in that fashion, and you can tell by the extension of the pack expiration, and the inclusion in the 1/1 Gold Super packs. Huddle wanted the card counts increased, as it was obvious something didnt work out right.

When the second batch of international cards hit yesterday, the counts soared, mostly because the packs were A) cheaper B) more available and C) timely with the game being played. Im sure there were a mix of people who wanted to get in, just in case they ended up being as rare as the first batch.

If the design of the cards is also considered in the lack of popularity during the first batch, there is a recipe here that will hopefully never be repeated. Although I didnt think the design was horrible, it was definitely more abstract than many people were used to. Huddle is pretty conservative in their tastes sometimes, and it showed with these cards.

As for the value of the cards, its tenuous at best. Some users were duped into the card count value area discussed above, and gave up way too much to secure them. This has led to high asking prices with not many bites from anyone looking to trade. Every so often, you will find a fan of the teams who played, and they will pay through the nose to get those rare copies, but they are few and far between. Many of the Dolpins/Jets fans who could afford it bought the packs anyways, and dont need many more for their sets.

Is it worth it to take on these cards, knowing that there is a very specific market that wants them? If you can get them cheap enough, there is a good deal out there for every card. DO NOT give up rare or valuable cards for them, regardless of how low the counts are. You will come to find out how difficult they are to move.

We can all hope something like this does not happen again, at least by accident.