As mentioned in previous posts, this is the time of year where Huddle REALLY comes alive. Not only do they really ramp up with the quality of their sets, but they usually work with as many cards as they can that are still alive in the bracket. I have had a blast so far, and though the contests do cost quite a bit to play in, the payoff has been huge. Here are some thoughts.

Back when I posted what I thought would be the best for everyone, I mentioned that Huddle going along the same lines with Bunt would be awesome. Not only would it open it up for everyone to play, but physical prizes are always awesome. Luckily for everyone, that is exactly what happened.

Now, the main sticking point with people is that the free contests are all a fantasy style, which has made people a bit angry that they dont get to play like they have all year. I completely understand the frustration, and support what people have said so far. From a user perspective, this is pretty much the opposite of what makes people happy, but is exactly what is needed for Huddle to make money. At 50k, each contest entry relatively costs 10 dollars, and for most, that is too much.

At the same time, you can still win some pretty sweet looking cards playing for free, as long as you have the firepower and can choose a good fantasy lineup. It has actually increased the value of QB boosts, as they are relatively worthless when playing in a contest where play structure is like what they have done.

As for the timing, this is where I can see how things can get nuts. The playoff contests were likely very difficult to set up in the way they all count towards a larger leaderboard, and all the 1000s of cards they are talking about releasing cant make this an easy time for the app team. Hopefully they continue to work as hard as they have, and can have a little bit of a buffer on getting the contests live and more people available to play along.

I am a big fan of offering the gear for people who finish in the top 100. Its pretty awesome to think that for the first time, 100 people will win physical prizes in Huddle’s final stages of the year, even though they arent on the same level as Bunt. Keep in mind, MLB is notoriously more lax on stuff like this than the NFL ever would be, and I am guessing that there had to be some issue there.

Either way, the custom Champion’s ring and all the Topps swag is nice for an app that didnt have anything last year, and if you are playing because its fun, anything like this is just the cherry on top of the sundae. We can complain that no iPad and cash is available, but the lack of crazy electronics has not swayed me from participating AT ALL.

Over the year, the contest cards have gone from extremely valuable to not so valuable, only because there is so many of them, and only so many team/player collectors to chase them down. 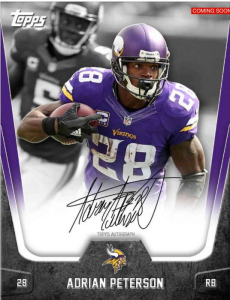 That being said these contest cards are FAAAAAAAAR from that type of release. Not only do they feature a clean and sleek design, but the premium contest cards have sigs that add a lot of value to them. I played like crazy last week to ensure I got my hands on the ones I wanted, and getting 2 for finishing top 25 and above is just the type of thing to make me want to play every single game.

Let me say that last night’s Cam Newton Icons card might be the sickest card of the year. Although insanely expensive, as a premium card, it needs to be that way. If its in a 10k pack, everyone and their mother is going to pull for it, and the value would be dead on the open market.

This way, the value is maintained for the people that buy it, the huge boost is a bonus, and the look of the card is the equivalent of a Rolls Royce. I absolutely love the set, and cant wait to see what else they have up their sleeve in this tier of the app.

Other cards like the playoff sets have traded VERY well thanks to new coin awards and big boosts (as expected), and I would say that as things progress, these cards will continue to be some of the hottest playoff cards on the market.

Im a bit disappointed that the 25+ subject playoff sig set from last year didnt make a return, but at the same time, I know that the contest cards are almost a replacement that is much more interesting to try to obtain. That’s not saying that other insert sets havent been released with sigs attached, like we saw with Icons, but the actual playoff sigs would still have been a nice touch.

The addition of the Gametime set each day of each round is a perfect idea for contests built around massive boosts, and the player picks have been some of the marquee names. Not only are the cards valuable, but the hexagonal patterned design is slick as hell. 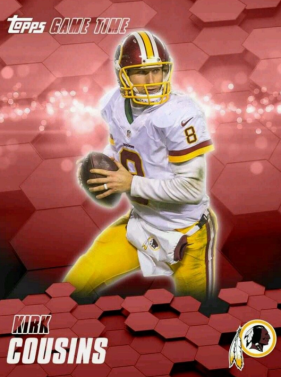 The continuation of the Super Bowl moments set have been some of my favorites, and that’s not even counting the quality of some of the stuff the cards are commemorating. I love the way Huddle built the theme of the set, as well as the way the cards look, and I am pumped to see how deep the legend roster goes on this. Can you imagine a Montana or Favre? Insane.

I dont expect that the lower end spender tier will continue to go without fun, either, as there are a lot of opportunities to do large sets with guaranteed pack pulls. If done right, like Strata was, the sets can be extremely popular AND extremely fun to collect.

Overall, like I said, the playoffs have been awesome for me. I really like what they have put out and its going to be interesting how they follow up a lot of the releases this coming weekend. Now that popular teams like the Patriots are in the mix, its going to get a lot more hairy in trying to trade for the awesome stuff. More people are going to want to buy and keep these cards, and that increases value considerably.

Good luck everyone, ill see you on the gridiron!