Tomorrow is a very big day for SWCT, in that the new base cards should hit packs at some point en masse. Currently, there are ways to get them through limited distribution, but it has been costly, time consuming, or both. Hopefully this will be changing tomorrow with the planned retirement of Series 1 and 2. Although we know Jan 15th is the last time the old cards will be available, we dont know how the retirement is going to go down.

If you are like me, this is a day that breeds a lot of excitement, as it is the first time we have seen a mass change in the way the app has been set up. Since March, base series 1 and 2 have ruled the roost, and beginning tomorrow, that should no longer be the case. 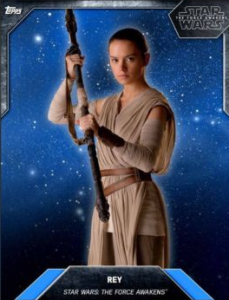 The question on everyone’s mind is how this roll out is going to take place, and to tell you all the truth, I have no idea. I will say that the limited roll out we have seen since December has soured me on the prospects of a quick and painless execution of the new packs, so we will see if a slow play is still the method.

If I were in their position, I would be thinking the release of new base is something that isnt best served on a platter to the customers. Obviously the Wampa pack is a good indication they feel the same way, but it could go even further. Considering how much anticipation there is, I dont think I am putting out the Boba packs from day 1, with all new base cards in the mix.

If I am a user, I am waiting this out – at least until we see that all Series 1 and 2 is gone, and Series 3 is all that is available. I want to know that when I pull for Vintage or Widevision, that I am not going to see the old stuff. We know that base cards will be plentiful, and new hoards will be many – so the value will be huge with so many people looking to stock up. WAIT. Wait until things settle down, and you will see that it wont be the mob scene I expect it to be. You will get much more value to your saved bankroll, and that is all that matters.

Right now, the new base are trading insanely high, especially in the popular characters. Although the popularity of a character will always dictate higher value, trading your life away wont be something required once the market gets a bit more saturated. Remember, there is a possibility that it will be another year before these sell out. Its not like they are going to be in short supply.

For some, waiting around while other users have all the fun is an exercise in futility. If you decide to dive in, its best to take advantage of the market, especially if you pull the best of the best. Orange Rey and Orange Kylo, among the normal top guys from the original movies will be the best cards to pull. Ahsoka Tano is still going to be popular, as will Han, Leia, Luke and Vader. Dont hesitate to ask more for these guys, just dont go so far that you end up with nasty messages in your inbox.

Because some will be choosing new hoards, its best to discover yours too, if you havent already. You might even want to rip a bunch of packs just to see where you have the best head start.

Overall, this is going to be fun, something that has been apparent since the new series was announced. Finally we will get to see what the cards are going to do when they arent 500 in count. Be careful, be cautious, and try to keep your head on your shoulders as the packs are released. YOU DONT have to jump on the first release. If you wouldnt normally buy the pack for Series 1 or 2, why buy it for Series 3? Eventually the market will right itself and things will regulate. Keep that in mind.