One of the main draws of SWCT is the user’s connection to their collection, and in some cases, their connection to a certain character within their collection. Since practically the beginning of the app, base variants have been a way that users can get rare versions of the base cards, some as low as 1 count.

Now that series 3 has launched, we have already started to see both ends of the base variant spectrum. First being the direct purchase low count variants, which are pretty expensive in their cost to own. The second are much lower cost, with new pinks being available at .99 cents. Pink is also the first variant to be available in packs, although they are very much more expensive at 7500 coins than the 500 coin green and spectrum packs from before.

The question on most people’s mind is how to value the different parallels, especially if you believe like most that they are the first of MANY different versions. Its pretty clear that the lower cost versions of popular characters will lead to exceptionally high count and therefore less overall value as a single card. However, this is much to the benefit of the people that hoard the different characters, as they can acquire more copies of the card at a much lower cost.

As for the high cost variants, especially the ones that could be as expensive as $100 per card, they are a bigger wild card than people think. The Silver variants are the first to hit the high end of the spectrum, and even though they were put on sale at 25% off and 50% off, the cost to own is still pretty high given comparative cards. Even though these are the lowest variants released to date, Im curious to see how low the counts will get as we move on in 2016. I think its a safe bet that we will see an approach very similar to Series 1 and 2.

For hoarders, these cards can represent white whales, and that is exactly what they are supposed to be like. If there are users out there who MUST have the complete rainbow of base variants, the urgency to spend increases. The issue over the last few months is that cost to own is almost too high, as the cards havent sold as fast in the higher parallels. Same thing happened with Teal, Purple, and Silver, where even a 9.99 price tag is too rich for some to try their luck.

As of now, the Silvers are trading very high, as expected. Although only 6 have been released, its going to be a mad rush for the packs when big characters like Rey and Slave Leia eventually hit packs. 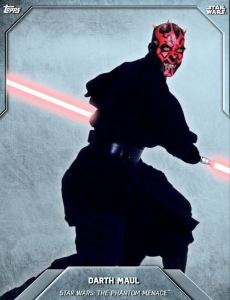 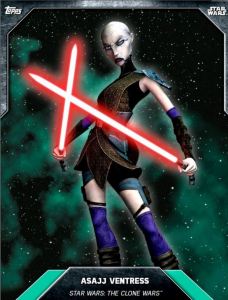 Im not a huge fan of putting the cards on sale, as it shows that the cards arent selling, and im sure Topps might be able to hear the collective groan from us in New York. I wish they would add coins to the bundle instead of dropping the price, as coins are a universal way to make the card much more attractive. In Bunt and Huddle, the cards offered with any bundle usually come with the normal amount of coins normally associated with the cost. If they charge $99.99 for a card, they usually include the 900k coins that come with it too. It adds an incentive to buy the bundle that the SWCT team can play with to make it more attractive for purchase.

Similarly, if the users know sales are coming, and the card isnt selling quickly, then there is no point to buy in at the highest price. In the same vein, I really like what they are doing with the pink cards this time, as the timer ENSURES that the card will sell out in a set time. If they offered a variant at 99.99, with a timed card, I would be VERY interested to see if the users treat it with the urgency that the timer suggests. It could sell out at 10, it could sell out at 100, who knows? That is half the appeal. Low count cards are insanely valuable, and the question mark that the timer brings into play should get people to buy.

I would also like to see them put a hoard reward together for a specific variant, basically incentivising people to acquire more than one copy of a lower tier variant. I would say that putting a number out there that people have to reach in a certain time frame would be awesome. For instance, getting 10 copies would get you another variant award of that same card. Something like that. As long as cost to acquire is low, this will be a huge hit.

Right now, the variants are just starting to get ramped up, and they really have a lot to work with. The Force Awakens cards combined with the Series 3 cards offer a lot of top notch hoard targets that werent necessarily available in Series 1 and 2, and hopefully some creative ideas to make the cards cool.