Even though the whole “this time it counts” campaign with the All Star Game bugs me to no end, I absolutely love this time of year. In Bunt, the All Star game becomes one of the, if not the biggest “event” of the year, where hundreds of cards should end up being released to commemorate the game.

Last year during the All Star Break, we got everything from the Home Run Derby to ASG history, and I doubt that it will be any different this year. Here are some of the things I would expect over the next week or two.

Being that the game itself is the focus of the whole week, Bunt has put out a full All Star roster in set form for a few years now. The cards have ranged from easy to pull to very difficult to pull, and I think that this is one set that many people wait all year to complete. 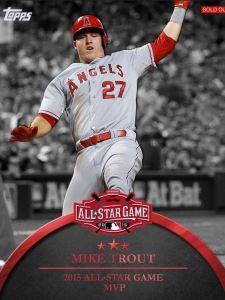 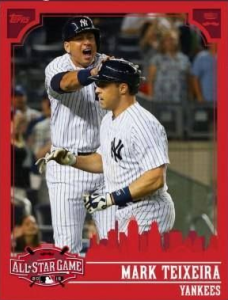 This year’s set should have its share of both easy and tough odds, so its best to figure out how you want to participate and go from there. In 2015, there was a red set at one per pack and a black set that was much more difficult to put together.

The great thing was, if you did manage to scrape together all the cards, the rewards were absolutely awesome looking. With Mike Trout winning MVP, it was quite the fun awards to see. They had a relic version and a non-relic version, and I would go so far as saying they were some of my favorites in the game last year. 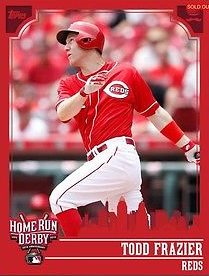 In 2014, Bunt did their first HRD set, and continued the tradition in 2015. This year should mark year 3 and I am very excited to see what they have up their sleeve. Last year the award was a Todd Frazier HRD winner relic card, and I am almost hoping they take it a step further this year. Who knows, maybe all the HRD cards will be relic based?

In past years, Bunt has commemorated past ASG moments with the history cards that focus on the event. These cards have ranged from a few different sets to individual releases, and many times, these end up being quite coveted releases. I really want to see some fun stuff from this side of things this year, especially because my favorite team is so bad.  A cool theme could make up for some of the pain that team collectors have.

Although we didnt get an ASG sig last year, we did in 2014 and I hope that we do in 2016 too. I could see them really going for it with sigs, relics and limited, and if they were smart, branding them with game logos. Would love to see them go for some of the first legend signature series cards too, but you never know.

This was where things got REALLY interesting last year, and it would be awesome if they could pull it off again. During the game last year, as big plays happened, Bunt released cards with in game images in the app. It was really impressive how quickly things got done, and I hope they can one up the performance for this year.

In Huddle, we saw them run a contest during the Pro Bowl game, and it would be really cool if they did a similar thing for Bunt this year. Even if the only cards you can play are the base ASG set, I would be fine with that. The more we can engage game play around this event, the better. 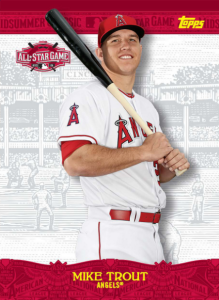 Every year, MLB puts on a huge convention at the site of the All Star Game, and Topps has been a presence there each time. As the exclusive trading card provider of MLB, they usually send a team there to engage with customers. They also put out a set of cards, and in 2014 and 15, Bunt had them loaded into the app. Pretty fun set to chase, and I hope to get a similar version this year.

Most importantly, over the next few days leading up to the release of the set, save your coins unless there is something you DESPERATELY need. There will be a ton of fireworks and you do not want to miss out.