The Absence of Topps Series 2 Weighs Heavy On Bunt

The time is upon us where many users are getting restless waiting for the launch of Topps Series 2 in Bunt. Although the grouping of players is important to add to the game for the sake of sagging contests, there are so many team collectors that want new cards for their favorite club that this is becoming a huge missed opportunity for Topps. I am guessing there is some sort of delay with getting all the cards built and into the game, but at this point, im not sure.

On the physical side, Series 2 hit quite a while ago. Enough time that many users are aware that something is missing. When it launches, and hopefully its soon, here is what I would be looking for. 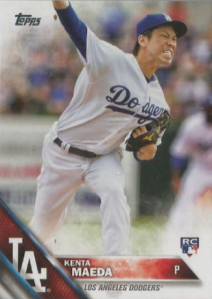 This is the main draw of Series 2, as mentioned above. Not only does it add a new chase for collectors to complete, but it adds a ton of new names to the game that can be used all over the place. Some of the rookies and some of the players that will be featured are hugely important to the successes of their team, and many collectors want to have them available as the season continues.

Right now, the daily contests in Bunt are nothing short of a disaster, and there is no way to soften any words around that. I hope that when Series 2 is released, some of that missing fire will be reignited, as its clear that the user base is fed up with paying 10k coins for a daily grind that nets them a card that has absolutely no value any more. I also hope they dedicate a significant amount of time every day to figuring out how to keep the formats as fresh as the content. Contests are win-win for Topps and the community when planned well, but so far, that hasnt happened.

Think about it – new base, new competition, new desire to chase, means many more packs opened than normal. If the contests are great, more people are going to be looking for ways to win them. The long term play potential is huge here, but for whatever reason, it just hasnt come to be over the last few years. Contests are the big picture thing in both Bunt and Huddle, and I would be interested to see what happens if Series 2 has as big an impact as I think it will. Putting some big effort into the contests will not only engage the user base to participate more, but will likely be a nice bump for Topps as people open packs to be more competitive.

There was an uproar when the series 1 awards hit the sheet, delivering 10 and 25 coins for collecting the sets that were part of the original release. People were so upset that they had put in so much work and gotten so little in return compared to the other apps. It was a valid complaint. The team was worried about impact to the coin economy when the awards hit, but that just cant be part of the thinking at this point. Awards need to be great, maybe looking at offering cards instead of coins. The managers for the complete team set is great for the massive amount of cards needed in Series 1, but I would be hoping that something more than 10 coins will be given for Series 2.

The sports apps are all about two things – collecting and contests. Series 2 will play into both, and hopefully charge up the app after a great all star program and a fun chase around the HOF induction. However, a big series 2 release with no changes to the contests will fall flatter than ever. With glitches impacting circulation of the existing prizes, the effort to win far outweighs the prizes that are available. That needs to change.

I hope that this gets done sooner rather than later, especially as the pennant chase ramps up. This has to be priority number one and I hope the Topps team is on board with bringing this forward as we journey through the last half of the season.