Its the MOST wonderful time of the year! The NFL is coming down to the nitty gritty and the playoffs are almost upon us. That means that its time to start peeling off those parts of your collection that dont have playoff relevance and stocking up to participate in the post season challenge. Although there hasnt been a formal announcement yet, its coming, trust me. If you are a points player, and have been playing along with the massive boosts that have come as of late, its time to start being strategic in the way you acquire new cards.

If the previous years of Bunt and Huddle have any indication, you are going to need some of the cards from both a fantasy style approach and a grinding type approach. The challenge will likely be a combination of both, and with only one type of lineup in your pocket you will not be as prepared to finish among the top guys.

I would guess that there will be free and paid versions of both types of contests, and this is also a time where EVERYONE plays as much as possible. 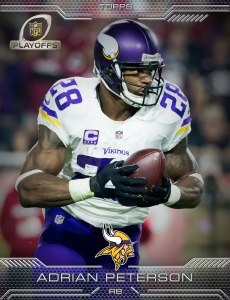 We know a playoff set will be coming, and we also know they will be highly boosted. The conundrum is whether they will be higher in boost levels than we already have with some of these crazy cards already in play, or if they will be well under similar to last year. Its clear that this is a time where Huddle goes kind of insane with the boost progression, meaning it might not even be worth your time to get in early, unless the player doesnt have a lot of cards to begin with. If you are buying in on Michael Crabtree, not a bad play. If you are buying in on Tom Brady? Not sure that’s the best thing, unless you are a Pats fan.

For fantasy, high tackle count linebackers and high scoring QBs are easily the best plays. Sometimes you get guys like Zeke Elliott who will go off, but on the whole its best to stick to the right formula.

QBs touch the ball every offensive play, and even the small passes add up when you cant switch in the wide receivers to get max points. QBs like Dak Prescott and Aaron Rodgers, who will run for nice gains are a huge plus, especially if they can get into the endzone like Prescott did last week.

I love to stock up on WR and RB, because their points are much more lucrative on big plays than what we get out of QBs, even on significantly higher boost levels. Any pass play over 10-15 yards is better to play the WR almost across the board, and its easier to plan out your lineup switch when you have to use the new build. Its not as easy to really make single card switches, and mass changes are just a matter of double tapping until you get the full lineup notification.

I think if I am stocking up, I am going straight for the guys I know I will need in a big way. As mentioned above, this might need to happen after the playoff cards are released, but the usual suspects like OBJ, Zeke, Dez, and Amari are all guys I will chase.

Things to Keep In Mind

Remember, everyone is going to play at the beginning. There will be fierce competition, especially as more and more people join in. It will thin out by the Championship games, all before things go nuts again for the Super Bowl. If you are not ready to spend like crazy, its time to get your tradin’ shoes on.

When Playoff cards hit the sheet, you better have some serious coinage saved up, and even more inserts you are willing to give up as you go dupes for needs with the traders on the articles and feed. It can be done without a huge investment, but the time commitment to be successful will be exponentially higher. In those cases, its best to know exactly who you are going to need for your base scoring onslaught, and which of the guys you are going to take a flyer on.

Lastly, with each round of the playoffs only one game, you could invest heavily in a team to see them get blitzed out of no where. Teams like Dallas and New England will have a week off, but that also means they have one less week to be effective, especially if they get bounced in the divisional round by chance. Diversification is key, even if it goes against every fiber in your body to do so.

Have fun everyone, this is going to be a great few months!