Huddle Series 2: Five Players You Need to Have NOW!

Posted on October 9, 2015 by SCUncensored

Yesterday was a big day, as we saw the release of Series 2 in Huddle. Although it was just in time for yesterday’s game, this weekend will be the first time that the cards are REALLY going to make a difference. There are some important guys that you need to have sooner rather than later, and im going to detail them in this post. Dont give up the house necessarily to get them, but if you can use your trading magic to build up a stash of commons, it would be highly advantageous.

The Falcons play next Thursday night, which gives you a head start in building up some cards for a guy that has scored 3 TDs in a game multiple times this year already. He will come in handy against the Saints, whose defense is among the worst in the league over the last few years. 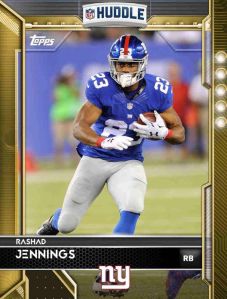 With the G-men playing on Sunday night against a team that has struggled, Jennings could get some major looks in a game that everyone in Huddle country will be watching. Although he hasnt had a great season quite yet, the Giants running game could be on display at home against a terrible Niners team. If they go up early, they wont pass as much – thus giving Jennings his time in the sun. The Giants ALSO play next Monday night as well, so you get the double dip fun on this one.

He was suspended to start the year, but will be active as the Steelers face the Chargers on Monday night. He is a huge deep threat, and with Vick being a gunslinger as it is, he could have a lot of chances to show off his speed. Although he wont get 10 catches, all you need is that one bomb to jump in the standings when no one else has his cards. 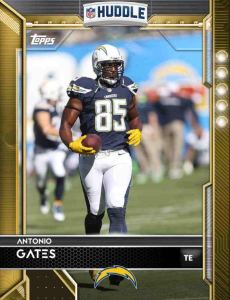 Another suspension victim that will be activated on Monday, Gates is one of those guys you can never sleep on. Although he is getting older and isnt the threat he used to be, Rivers has been having issues finding a groove in the Offense. His old friend should act as a red zone threat and a potential security blanket, which could be used much to your advantage. 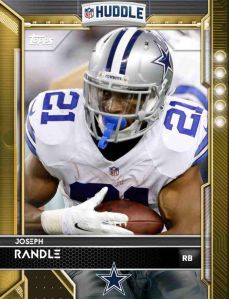 Even though the Cowboys are going up against New England this week, its a 4pm game and the passing game will have very little success against the Patriots secondary. Garrett has already committed to getting the ball into Randle’s hands more, as the offensive line is the one strength the Cowboys still have.

Deangelo Williams, Steelers – Bell’s return has meant reduced carries, but he has been great through the weeks as the featured back before the suspension ended.

Reuben Randle, Giants – He has caught as many TDs this year than Beckham, just saying.

Tyrod Taylor, Bills – Horrible week for Buffalo last week, but Taylor has been a surprise.